After five years, Geely Automobile's creation of the Gonow car became the focus of media chase. This time, he and Gio Motors appeared in the famous merger and reorganization. According to media reports, Guangzhou Automobile, which has successfully acquired Changfeng Automobile, has restructured its focus on the Gio Motors positioning the rural market in order to be able to layout the East China market and make up for its shortcomings in the micro-vehicle market. Unlike previously refused to be included in Geely Automobile, this time Gonow seems to have demonstrated its willingness to integrate with Guangzhou Automobile, and there are reports that both sides have signed a framework agreement. In this regard, Tencent Motors exclusive interview with the chairman of the Gonow Auto Group. 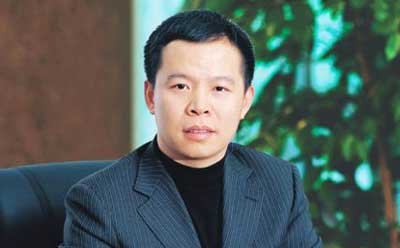 Chairman of the Group

Tencent Auto: Regarding the rumors about the reorganization of Gio and Guangzhou Automobile, I would like to ask you for confirmation: Has the two parties signed a preliminary framework agreement? Can you disclose the way of reorganization?

In the snow: This is not easy to say now. There are some things that cannot be disclosed until they are formally finalized.

Tencent Auto: What kind of way do you want to restructure? What do you think are the most important for the Gonow?

In the snow: There are many ways to restructure, but it is beneficial to achieve a win-win situation. It is of the utmost importance to us to maintain the flexibility of Gio Motors.

Tencent Auto: What do you mean by maintaining flexibility in your operations?

In the snow: I don't know much about this.

Tencent Auto: What kind of attitude do you have for the reorganization of the Gonow?

Tencent Auto: The current production and sales volume of Gonow is relatively small, and it is likely to be the target of numerous corporate restructurings in the reorganization tide. Do you feel any pressure on this?

In terms of product positioning, we have chosen the rural market. This is currently not very interested in these joint ventures and large state-owned enterprises, because doing the rural market itself is a relatively thin profit and it is relatively hard to do. We grassroots companies come from the countryside and understand farmers. So I think we are very suitable to do this thing.

As for joint reorganization, it is necessary to adjust the direction of development according to the development needs of the enterprise itself. Simply saying that it will be able to live better by increasing the scale based on additions is not enough.

Our so-called talk of reorganization is also combined with our own needs. For example, Gio's brand is relatively weak, which is the brand influence, which is now a very big bottleneck for Gio. Second, as a car company, it is a highly-intensive industry in terms of technology and talent. Therefore, we are also open-ended, able to play a role in promoting the development of the company, and do not rule out joint restructuring and cooperation with these large companies.

Tencent Automobile: Can we understand that Gio Cars now needs brand promotion and R&D support, including funds and talents?

In the snow: from the perspective of needs, every vehicle company needs this, but it may be different in its focus at a certain stage. For us, compared with big companies, we all have gaps. We must now narrow these gaps as much as possible.

Tencent Auto: The Gonow Automotive made relatively large adjustments to the Institute some time ago, including personnel. This is based on what considerations? Is it to be able to have more chips in the reorganization? What is the research and development focus of the research institute in the future?

In the next five years, we will position ourselves as a "five-year period of rapid transformation and upgrading." We plan to produce more than 300,000 vehicles by 2013. Therefore, we need to make full preparations for new product development.

In the future, Gio Motors will develop pickups and high-end SUVs based on pickups.

Tencent Auto: Gio just announced its first-half performance. According to the data, the "car to the countryside" policy is very beneficial to Gee's micro-facet products, and sales in the first half were very good. But why did you choose to reorganize at this time?

In the snow, there is no need to reorganize now. We are positioned in the rural market. Now the country's policies are very beneficial to our products, and the market growth is very fast.

As for reorganization and non-reorganization, it depends on the actual situation. It is still not easy to say now.

In the snow: At present, it is possible to happen before it is finalized. First of all, if we want to bring benefits to the development of the enterprise, under this premise, we can adjust our strategy and direction.

First, our product line is complementary to them. Second, the parts and components industry in Zhejiang is developing very well. Third, we have built the largest mini vehicle production base in East China in Zhejiang. Other companies may be optimistic about our points.

Tencent Auto: What is the current proportion of micro-facet products in the Gonow auto product line? How much can you expect to achieve this year's Giod Microfacet sales?

Yu Xuezhong: The microfabric was put into the market in the first half of the year. The total amount is not very large now, but we are very optimistic about this market. It takes a period of time because the full production capacity and scale of the product is put on the market.

Microfacets were developed after more than three years of development. It took only a few months before launching the market, but both the dealers and the consumers are very much convinced.

Gravity Separator is one of the commonly used in gravity separation methods, can effectively deal with a variety of different sizes of raw materials. the separator is simple in structure, low in operating cost, and gravity separator are widely used for sorting of minerals with large differences in density. it is a commonly used equipment in the coal preparation industry and in the selection of gold, tungsten, tin mine operations,  at the same time, gravity separator is also used to deal with non-metallic ore, such as asbestos, diamond, kaolin, In the electronic waste recycling industrial it is used for metal and non-metallic separating and recovery,in our company we have aboratory shaker table,6-S Mining Shaking Table,Double deck concentration shaking tables,Jig Machine,Spiral Chute for gravity separation.