The gold- containing waste liquid contains a large amount of cyanide. If these cyanide-containing waste water is not recycled and recycled, it will not only cause great harm to the environment, but also increase the cost of gold extraction. At the same time, due to the complexity of the gold ore composition, other metals react with cyanide into the waste liquid during the immersion process, so that the heavy metal content of the waste liquid is high.

In 1985, Cy-tech Canada used ion exchange to treat cyanide-containing wastewater and reached industrial application levels. The cyano complex is adsorbed with an anion exchange resin, and the free cyanide is left in solution for recycling. A carbon leaching plant in Australia used a Vetrokele 912 (V912) adsorption resin produced by the French Institute of Geology to conduct a semi-industrial test on copper and sodium cyanide tailings with a concentration of 85 mg/L and 158 mg/L respectively; Romania Cyanide recovery test was carried out on a cyanide-containing wastewater from a cyanide plant using a strong alkali anion exchange resin. The results showed that cyanide in the waste liquid and metal cyanide complexes such as copper, iron and zinc were adsorbed. It can be recycled after washing. However, this method has not yet been applied on an industrial scale.

The author's research is on the recovery of heavy metals and the recycling of cyanide in gold-rich leaching solutions with high copper content (and a small amount of zinc and iron). Copper in solution mainly in the form of Cu (â… ) exists, since the Cu (â…¡) cyanide in the solution is unstable, decomposition of Cu (â… ) with CN - complexation:

The reaction of Zn 2+ and Fe 2+ is relatively simple:

It can be seen from the reaction formula that the presence of metallic copper in the solution is complicated, and the existence state of the metal ion complex has a direct influence on the adsorption. Botz and Stevenson, knorre and Griffiths have studied the influence of the ion state in the adsorption process.

Many reports have proposed eluents for a wide variety of anion exchange resins, such as ammonium thiocyanate, thiourea, sodium hydroxide, sodium cyanide, and the like. Studies have shown that 2 mol/L NaNO 3 can effectively desorb the ferricyanide complex from the strongly basic ion exchange resin while desorbing some of the gold compounds. Recent studies have shown that high-concentration salt solutions can selectively desorb copper and ferricyanide complexes; the performance of ion-exchange resins in high-concentration salt solutions has attracted the interest of Australian gold mines and has been studied in detail because it has been reported The local surface water has a high salt concentration and can be supplied.

The author mainly studied the desorption of copper cyanide complex on ion exchange resin with NaCl solution. The desorbed concentrated solution is added to the acid solution to recover HCN and copper at a suitable temperature. Several salts were selected for desorption and the desorption effect was compared. It was found that NaCl had the best desorption effect. NaCl can effectively desorb the copper on the resin, but does not desorb zinc, and achieve the separation of copper and zinc. The NaCl desorbent will not release HCN gas during the desorption process, and will not bring new ions to the ion exchange resin. Impurity ions reduce the complexity of subsequent operations.

The test uses two solutions, one for the formulation of 0.7g / L NaCN solution, after addition of a cyanide waste one for the beneficiation of gold-containing plants, the components of the solution are shown in Table 2.

Determination of total cyanide analysis using GB 7486-84: phosphoric acid and EDTA was added to the solution in a distillation apparatus, the temperature control may be separated by a cryogenic distillation furnace cyanide, absorption with NaOH distilled HCN, and then the amount of silver Method Titration analysis.

Determination of Copper Analysis: Due to the high copper content in solution, so the use of iodine Method; solution taking into account the interference of iron and other impurities, the acid is first added to remove volatile impurities was evaporated, aqueous ammonia and ammonium bifluoride hidden iron, then treated with iodine Volumetric titration.

The analysis of zinc was carried out by atomic absorption method.

Second, the results and discussion

Based on the affinity of the ion exchange resin for different ions, five solutions were selected for comparison. 5 ml of the ion exchange resin after adsorption was taken and desorbed by the same concentration of KCl, NaNO 3 , MgCl 2 , NaCl and a mixture of NaCl and NaOH for 2 h, and the mass concentration of total cyanide in the desorbed solution was analyzed and analyzed. The results are shown in Fig. 1. It can be seen from the test results that among the selected desorbents, the desorption effect of the NaCl solution is the best, which is related to the affinity of Cl - and the radius of Na + . According to the test results, NaCl was selected as the desorbent.

(3) Effect of temperature on desorption rate

In order to further study the behavior of free cyanide and complex cyanide in NaCl desorption solution, the effect of self-prepared sodium cyanide test solution and ion exchange resin adsorbed by cyanide-containing waste liquid was compared. Take 2 parts of the adsorbed 201Ã—7 ion exchange resin, one part is to adsorb cyanide-containing waste liquid, and the other part is adsorbed self-prepared sodium cyanide test solution, each part is 5ml; respectively, 100g/L NaCl solution is added, Stirring at a constant rate was determined by sampling analysis at 2, 5, 10, 15, 25, 45, 60, 120, and 140 min, respectively. The test results are shown in Figure 5.

After a sufficient amount of eluent, the total cyanide and copper supported on the ion exchange resin were substantially rinsed, and the mass concentration of zinc in the solution was analyzed, and the highest value was 9 mg/L, and the average mass concentration was 3.29 mg/L. This phenomenon allows the NaCl solution to effectively separate copper and zinc. Since the total content of zinc in the solution is not high, when zinc is accumulated to a certain extent, zinc is eluted by pickling.

The results of this study show that the high-concentration NaCl solution is used as a cyanide desorbent to realize the cyanide-free desorption process of the ion exchange resin, which reduces the operational risk in the desorption test and also makes the regeneration of the ion exchange resin simple. Since NaCl can't desorb zinc, it just achieves the separation of copper and zinc. This is because Zn(CN) 4 2- and resin have high affinity, Cl - in high concentration salt solution is not analyzed and environmentally friendly. The zinc cyanide complex competes for the active site on the resin.

The Filter Material of iron-chromium-aluminum dust filter tube is made from iron chromium aluminum fiber through opening and loosening machine, then made into cotton by special technology, and then sintered by vacuum sintering furnace. Because of its deep labyrinth structure, the filtration effect is much better..

Fe-Cr-Al fiber sintered felt is widely used as filter material in chemical and European standard diesel vehicle exhaust emission equipment. Fe-cr-ai alloy porous body position three-dimensional junction network structure. The pore size is 0.1 mm and the porosity is up to85%, it is the best choice for monolithic catalyst support material. 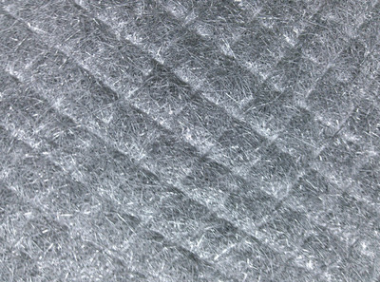 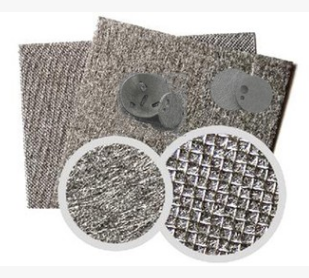 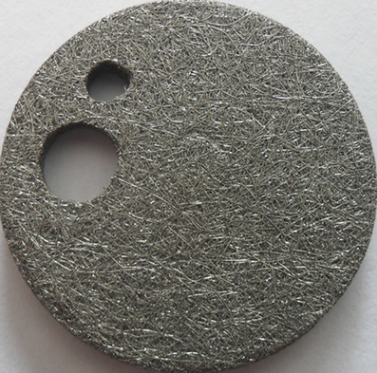